Saranja Hicks has had a highly regarded career as a teacher, which she embarked upon in 2016, after deciding to go to graduate school to pursue her passion for educating young minds. While in school, she tutored students in literacy and math, and worked as a teaching assistant for Northwestern University’s Center for Talent Development (CTD), in their Weekend Enrichment Program (WEP), where she helped teach geometry to advanced kindergartners. Today, she is a classroom teacher and also serves as Executive Director of the Lit Youth Foundation.

Prior to returning to school to pursue a career in teaching, Hicks graduated from the University of Illinois at Urbana-Champaign, where she obtained a Bachelor of Arts degree in Speech Communication. After graduating, she spent several years working in the financial industry, but upon having her first child, decided to be a stay-at-home for a while. During this time, Hicks worked part-time, from home, as a bookkeeper for a literacy consulting company. This proved to be the spark that piqued her interest in education. Her role within the company grew and she became Project Manager, which increased her exposure to the educational side of the business. In 2014, Hicks began to explore  opportunities within the field of education. She became a Junior Sales Representative for Scholastic, and after that, an Operations Manager for Junior Achievement (JA). In her role with JA, one of Hicks’s responsibilities was to train others on how to teach the company’s financial literacy curriculum to elementary students, and occasionally to directly deliver the instruction to students, herself. It was then that she realized her calling was to teach. Months later, Hicks applied to graduate school, and in 2016 was accepted to the University of Chicago’s Urban Teacher Education Program (UTEP). Through UChicago UTEP, she earned a Master of Arts degree in Teaching, in 2018, thereby allowing her to formally begin what has been a highly successful career as an educator. She spent her first 3  years with Chicago Public Schools (CPS), teaching gifted 1st grade students, and is currently employed in a south suburban school district as a 3rd grade teacher.

Hicks believes in the personal and professional benefits of continuing to position herself as a learner, as well as the positive impact that it has on her students. In the spring of 2020, she enrolled in a graduate program at National-Louis University where she is working towards an Education Specialist degree (Ed.S) in Curriculum and Instruction, in addition to completing the Reading Specialist coursework. She looks forward to competing this degree in 2022. Hicks also keeps abreast of the latest information in educational research and has taken advantage of many opportunities to attend professional development trainings. Additionally, she has a number of professional affiliations with educational organizations that conduct research and advocate for policies and pedagogies that contribute to best teaching practices, including the National Association for Educating Young Children (NAEYC), Association for Supervision and Curriculum Development (ASCD), National Council of Teachers of English (NCTE), and Illinois Reading Council (IRC).

Hicks is especially good at building relationships, which has resulted in a wide-range ability to meet the individual needs of students, socially, emotionally, and academically. Earlier in her career as a classroom teacher, she was known to invest extra time into personally tutoring a few of her students who needed additional academic support, regularly meeting with them after school or over the summer, at no cost to their families. Hicks discovered that students responded in overwhelmingly positive ways to her humanistic approach to teaching and ability to push their drive to learn. The relationships that she has built with students and their families has consistently translated into high academic success for her students. As early as her first year of teaching, Hicks received an award from her principal for her students’ outstanding end of year achievements on the NWEA MAP assessment, as compared to their scores as new students in her classroom at the beginning of the school year. Moreover, Hicks has consistently received a rating of “excellent,” in many areas of her teaching practice, which is the highest possible rating that a teacher can receive on an administrative evaluation. As a result of her hard work and dedication to students, has become a well-respected teacher by her administrators and colleagues. Despite the accolades that Hicks has received, however, she is most honored by the fact that former students and their families continue to keep in touch with her. 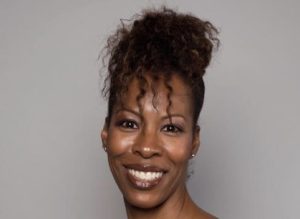